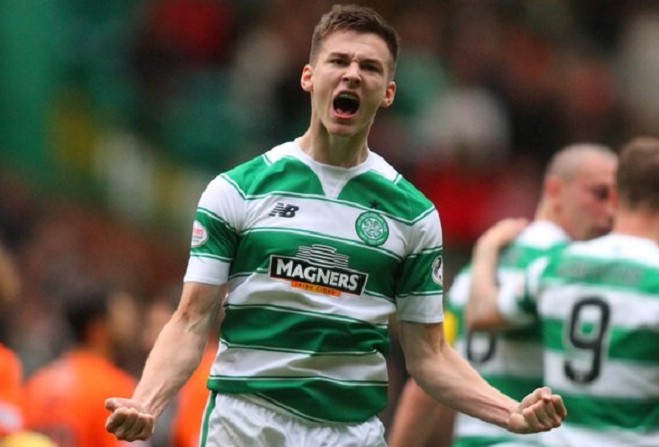 Manx-born Celtic star Kieran Tierney is reportedly on the verge of earning a big money move to the English Premier League.

A deal for the 22-year-old,  who was born in Douglas, has been struck for the full-back to join Unai Emery’s Arsenal.

It's understood the Scotland international - who has won four consecutive top flight titles north of the border - is in London for a medical today.

A fee believed to be £25m has been agreed, which would be the highest fee ever commanded by a player leaving Parkhead, as well as becoming the most expensive player in Scottish football history.

That record currently belongs to Oliver Burke, who made a £15m switch from German side RB Leipzig to West Bromwich Albion in August 2017.

Tierney made his senior debut in 2015 and has gone on to make more than a hundred appearances in the green and white hoops of Celtic, scoring eight goals.

He's also made 12 appearances for Scotland, including a World Cup qualifier against England two years ago.

Arsenal have already had two bids for the highly-rated left-back rejected, however, they look close to adding Tierney to a list of summer recruits which has seen Nicolas Pepe move to the Emirates Stadium in a club record deal.