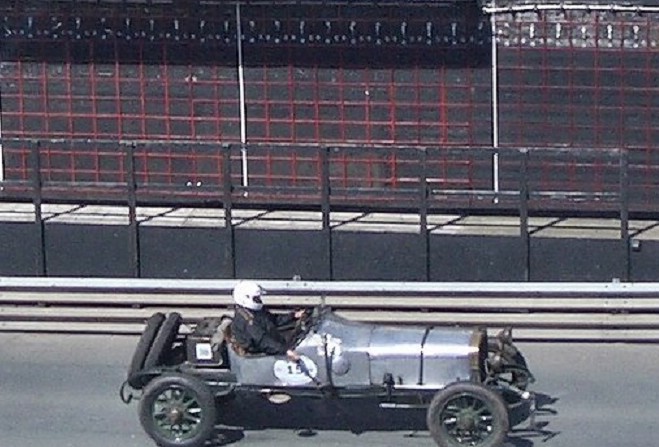 The three day Manx Classic roars back onto the Island's roads this evening (28 April) with the TT Grandstand at the centre of the action.

The opening day sees the Governor's Sprint starting in the pit lane, and taking in Glencrutchery Road and Governor's Dip.

Vintage and sports car drivers had their first outing this afternoon for practice runs, and roads will close again tonight from 6pm until not later than 9.30pm for the event's timed runs.

Spectator viewing from the Grandstand is free.

The action head west tomorrow (29 April) for the Creg Willey's hill climb, which is based on the Glen Helen section of the TT course from Glen Mooar to Cronk y Voddy with viewing at Glen Helen.

Road closures in place from 9am - 5pm.

The event organised by the Manx Motor Racing Club concludes on Saturday, with what's billed as one of the best-known hill climbs in UK motorsport, Lhergy Frissell.

The stage covers a run from Whitegates below Ramsey Hairpin through the Waterworks and Gooseneck sections of the TT course.