Manx football gets thumbs up in major survey 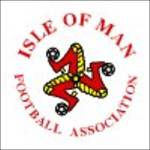 The results of a major English FA Counties survey have been published and they're pretty positive as far as the Isle of Man is concerned.

Edward Oldham spoke to Football Development Officer Jack Walton and asked him about his thoughts on the findings: (audio clip attached)

You can hear more of this interview on Friday Sport Preview tomorrow evening just after the six o' clock news when we look at, among other things, youth development and the challenge of stamping out abuse in the local game via the respect campaign.