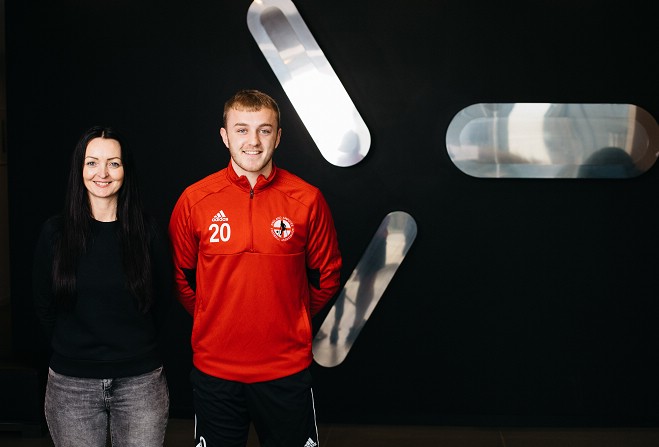 Sean Jackson was set to play for England u21s

A local footballer is embarking on new ways of staying active during the outbreak of coronavirus.

Isle of Man player Sean Jackson is using online training sessions, set up by his management team, to maintain his fitness and skills level – using the path around his house as a 'running track'.

The nineteen-year-old had originally been set to play for England's Under 21s amputee team in France and Turkey later this month, and in the EAFF Championships in May.

However, the spread of Covid-19 suspended all training sessions and matches - forcing the current Isle of Man Disability Sportsperson of the Year to put his career on hold.

Despite this, Sean is hopeful, saying "my teammates and I are trying to approach it with a positive mindset."

The sportsman has also been forced to postpone his university studies at UCFB Eithad Campus University in Manchester, where he's undertaking a degree in Football Coaching and Management.