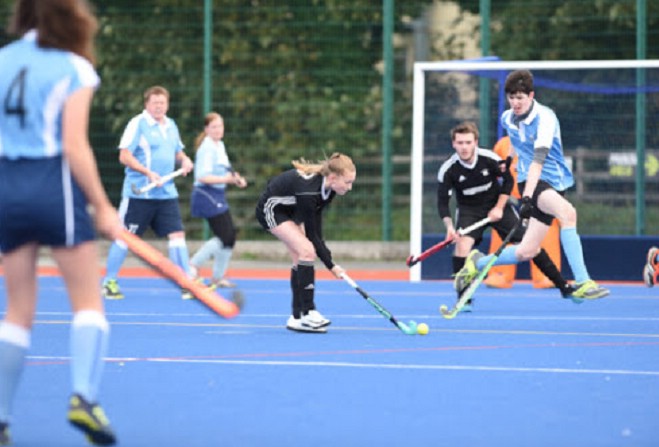 Following the break caused by the pandemic the final games of the men's, women's and under 16's mixed leagues take place over the next two weekends with the excitement building to fever pitch. Credit to the Manx Hockey Association for coming to the decision to complete the seasons and ensure that the league competitions can be completed despite the unprecedented events.

Vikings A hope to overcome Valkyrs A in the Men's Premier League to leave them with the hope they can overcome Bacchas A in the final weekend and nick the title from under the noses of the whites. Valkyrs however will prove a difficult opposition and with such a young team will be ready to punish any mistakes by the Douglas based side. One of Vikings biggest weaknesses is the inconsistent seasons where they drop points they really shouldn't. Bacchas A meanwhile take on the very impressive Saracens A with the whites having one eye on some of the stunning results Saracens have gained so far to ensure they fall into any complacency trap and make sure they remain in the driving seat for the final weekend.

The Rossborough Women's Premier League sees Vikings A look to regain the title they lost to Valkyrs last year when they take on basement side Saracens. Despite Saracens looking impressive at times they have struggled to adapt quickly enough to the demands of the Premier League and it looks like Vikings will be celebrating another title on Saturday evening. Valkyrs A will be hoping to take advantage of any slip ups by the All Blacks when they take on Castletown A who have designs on taking third place themselves. Ramsey A will look to strengthen their grip on Third place when they take on Bacchas A who still have an outside chance of 3rd place themselves.

Rossborough Men's Division One is one of the most interesting leagues so far with three teams still able to win the title and three teams battling relegation. Vikings B are the rank outsiders and face League leaders Bacchas B whilst Harlequins A take on Valkyrs B with the westerners desperately looking for 2 points to edge themselves away from the relegation zone. The big game of the day however comes between Vikings C and Castletown A with Castletown needing two points to go level with Vikings C and give them hopes of survival. Should Vikings C take home a point however Castletown's destiny will be taken out of their hands with the southerners needing to hope the other teams around them lose heavily.

Saracens B Ramsey B and Bacchas Colts are locked in a three-way battle for the Rossborough men's Division One Championship with Saracens two points clear in the driving seat however Bacchas Colts have a game in hand and the two sides face each other this weekend. A colts win would put them level on points with Saracens and could potentially steal the title from the southerners. Ramsey B meanwhile take on Castletown B who are the best of the rest and no longer in contention for the league title and Valkyrs C take on basement side Bacchas C.

Vikings C could clinch the league title this week should Bacchas C lose to Ramsey B and Vikings C themselves beat Valkyrs C. Much depends on the Bacchas C performance however and so Vikings C will be hoping the long break will mix up the form book and see the northerners take a point or two from the whites.