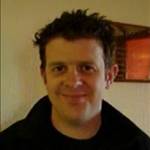 Having last year taken a first ever win in the event for a 'showroom' group N car - and after becoming the first driver to win every stage of a British Championship round in 2005 - the mid-Wales based Manxman will return to home soil aiming to become the first ever five-time winner of one of the British Isles' most prestigious rallies.

The Pirelli TEG Sport Subaru team are unlikely to have it all their own way however when they roll off the start ramp on Friday morning.

The event features as the fourth round of the MSA British Rally Championship, and 22-year-old series leader Keith Cronin will follow Higgins away from the TT Grandstand.

He'll have Greg Shinnors alongside him in a Mitsubishi Evo 9 that has already scooped victories on the North Wales and Pirelli international events.

It has all the ingredients for a great battle, though in truth there are several other 'young guns' who could well be in the fray.

The event is also a round of the Irish Tarmac Rally Championship, and five of the top seven group N drivers will be in action, headed by Ballymena's Alan Carmichael (Evo 9).

Throw in the usual strong local challenge, headed by the Mitsubishis of Steven Quine (Douglas) and Nigel Cannell (Santon), and the close competition of the Citroen C2R2 Cup, Suzuki Swift Sport Cup and Fiesta Sporting Trophy crews, and the action should be fast and furious.

In total 135 rally crews are set to tackle the Island's famous closed roads stages on Friday and Saturday, spread across the International, Historic, Challenge and Trophy events, offering something for everyone.