Marty makes it a double 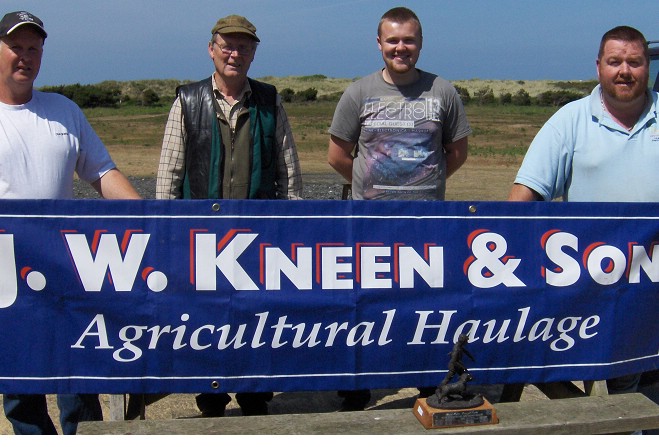 Kevin Oates, Eddie Brew, Jack Kneen and winner Martin Kneen were the top performers in the Side X Side event

Succes for Kneen in Side x Side and DTL

Marty Kneen enjoyed a double triumph on a busy weekend at the Blue Point range.

He won the Side x Side Manx Championship on Saturday before coming out on top in the fourth round of the Summer League 24 hours later.

There were three competitions over the two days at the Ayre Clay Target Club.

Kneen saw off second placed Kevin Oates with Eddie Brew in third and Jack Kneen the junior winner in the Side x Side Manx Championship, sponsored by J W Kneen & Son.

He then went onto win the competition, sponsored by Dave and Pam Corlett.

The afternoon shoot on Sunday was the third round of the Top Spec Fencing sponsored Double Trap league.

Results of the Down the Line league shoot:

This week at Blue Point is a 100 target Olympic Trap Selection Shoot, incorporating the Adam Slater Memorial Trophy.  Entries close at 10.30am.