MCC tour the Island this week 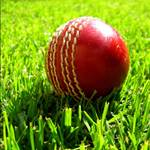 The MCC start their annual tour this week with fixtures against the Island Seniors, Under-21s and King William’s College.

Also, following last year’s success and huge impact of the MCC coaching, cricket master-classes have been arranged across the Island.

They will deliver coaching to over 450 children, mainly school years three and four as well as the Island's ladies and junior teams.

The Island games, which are sponsored by Isle of Man Bank, begin on Wednesday with the Under-21s in action.

On Thursday there is a special event at Ballafletcher.

The Island senior side will play the MCC in a Twenty20 game (coloured clothing), to be followed by a barbeque.

This should be key to developing the squad for their ICC T20 tournament in Greece later in the year.

On Friday the two sides meet again at Tromode in a Pro40 match which starts at midday.