On Air One to Three Christy Dehaven | 1:00pm - 3:00pm
Will Ferrell, My Marianne - Husavik Download 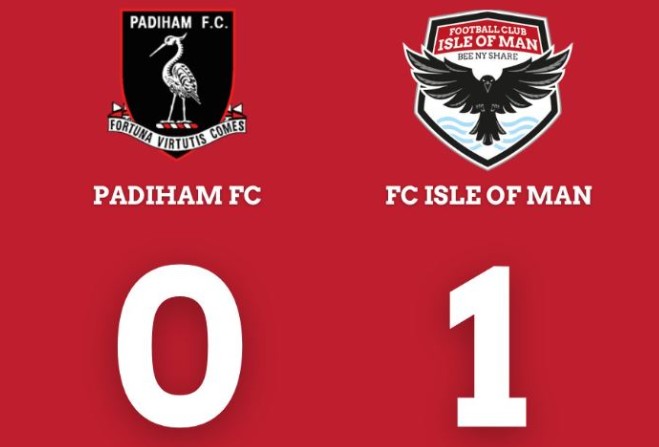 Going into last night's clash at the Ruby Civil Arena, the Ravens were hoping to avenge a frustrating 2-1 loss away to high-flying Vauxhall Motors last weekend.

The Manx side had the ball in the back of Padiham's net within the first minute, however it was quickly chalked off for an offside.

The first half as a whole saw end-to-end action between both sides but neither could find the clinical edge in the final third to truly test either goalkeeper.

Ravens' 'keeper Dean Kearns was called into action on 23 minutes to save a snap shot on goal from the home side, whilst McVey saw his free kick go agonisingly wide Padiham stopper Matthew Hamnett's goalmouth with 32 miuntes gone.

Goalless at the break, FC IoM emerged for the second half and continued to press forward against their Lancashire opponents.

Lee Gale then came close in the 53rd minute as he met a Ste Whitley cross but his strike on goal was well stopped by Hamnett before Jack Camarda flashed his effort over the crossbar on the rebound.

The breakthrough came for the Ravens with 65 minutes gone when a throw from the right was met in the Padiham penalty area by Furo Davies, who turned his man before being brought down in the penalty area.

Up stepped McVey for the resulting spot kick and he cooly converted into the top-right hand corner of Hamnett's net, sending the Padiham 'keeper the wrong way in the process.

Padiham responded by upping their attacking tempo but ultimately were unable to test Kearns in the FC IoM net as the minutes ticked down to a 1-0 win to the visiting side come the final whistle.

The Island side move at least temporarily up to ninth in the NWCFL Premier Division standings with nine points from their first five games.

FC Isle of Man's next match will be away to Congleton Town on Saturday, 27 August, kicking-off at 3pm.