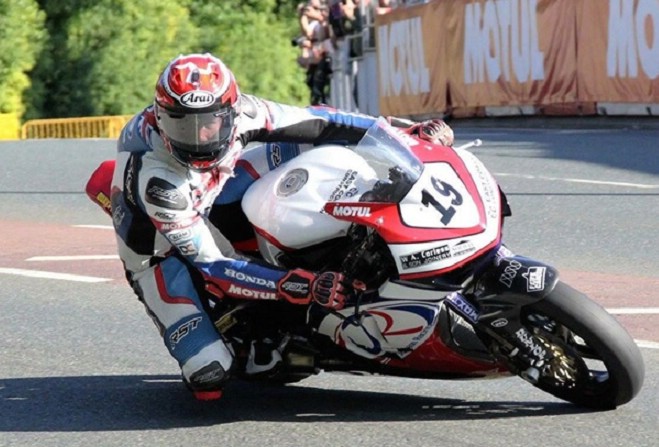 Injured TT rider Steve Mercer has been moved from a critical care ward to a normal ward, his wife has revealed.

Caroline Mercer made the announcement on social media, and thanked "everyone who has shown us so much kindness and care".

Mercer has been receiving treatment in a Liverpool hospital, after an incident on 30 May, in practice for this year's TT.

The 36-year-old from Kent was involved in a collision with a course car, following a separate incident, which claimed the life of local rider Dan Kneen.

It was initially thought emergency surgery had gone "as well as the doctors could have hoped", but Mercer's condition deteriorated thereafter, with concerns about a traumatic brain injury on top of multiple fractures including his ankle, heel and vertabrae.

Mercer's family set up a crowdfunding page to "help Steve in his battle back to recovery", with an initial target of £5,000 - the total raised has now eclipsed £33,300.