Michael one win away; Ramsey finish with a flourish 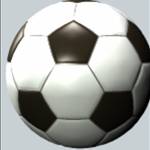 Michael are one win away from being crowned JCK Division Two champions.

Hat-tricks from Matthew Brand and Dave Reynolds led them to a 9-1 win at lowly Malew on Saturday.

Danny Chalk (two) and Dean Wales grabbed the others to leave Michael on the verge of promotion with one match remaining.

Pulrose won the battle of the inconsistent sides at Billy Goat Park.

Craig Cowin, Aaron Raby and Paul Celt netted the goals in a 3-2 success at Foxdale, who replied through Ricky Newsome and Scott Kermeen.

In the Canada Life Premier League, Ramsey finished their season with a flourish.

After battling relegation for most of the past nine months, they rounded off the campaign with three straight wins in a week to finish comfortably ninth in the table.

A Kris Halsall hat-trick and a brace from Michael Fernandes earned an impressive 5-3 success to end Old Boys’ hopes of a second place finish.

Dean France (two) and Craig Stewart found the net for the home side in a defeat which confirms Laxey as runners-up.