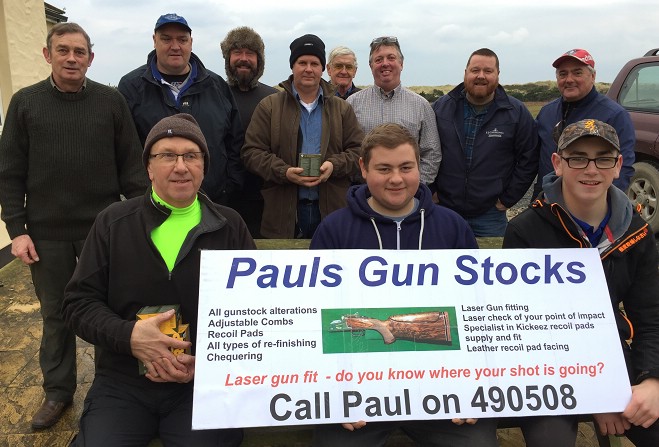 He shot 50 out of 50 to win the event, sponsored by Paul’s Gunstocks.

Four squads of shooters took part with Keith Jones second on 49 and Stan Cross and Kevin Oates in joint third on 48 – all excellent scores.

This week at Blue Point is a 50 target English Sporting competition sponsored by Chrystals Estate Agents.