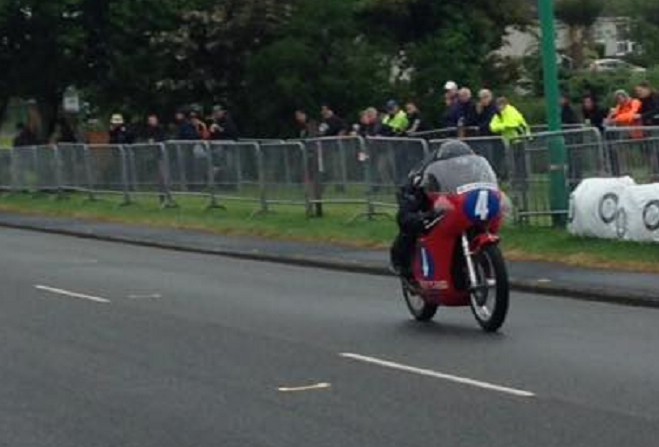 Jamie Coward and Mike Hose were the key figures in an exciting afternoon at the Blackford pre-TT Classic.

Coward swept to an emphatic win in the Superbike race, finishing comfortably up on Hose and Dennis Booth to claim his eighth overall success, moving him level with father Paul on that mark.

There was another landmark as Hose (audio attached) took victory in the Junior Classic, ahead of Alan Oversby and Barry Davidson, to claim a record equalling win in the event.

His 16th success moved him level with veteran Bill Swallow who earlier had proved as reliable as ever to take the 850 Classic.

He finished ahead of Steve Ferguson and Dominic Herbertson.

The open sidecar race at Billown saw Dave Molyneux and Dan Sayle drop down at the start, fight their way back to take the lead a mile from the finish before Vince Biggs and Vicky Cooke stole it at the finish for a race day double.