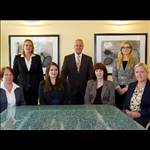 There were no cup shocks in Saturday’s Cu Plas FA Cup ties.

Rushen will now meet Castletown in a first round southern derby next week.

That tie aside, the quarter-final line-up is now known.

Ayre and Pulrose are the sole Division Two sides to reach the last eight.

A 65th minute goal from Jason Craine ensured Ayre saw off Foxdale at Andreas, while Barry English hit a hat-trick as Pulrose won 6-0 at Malew.

Chris Cowin (two) and Ben Cowin netted the others.

St Mary’s comfortably dispatched Braddan by the same scoreline at the Bowl, thanks to goals from Steven Priestnal (two), Jamie Skillen and Frank Jones.

Peel were pushed hard by Onchan but in the end ran out comprehensive 7-2 winners.

The Division Two side only trailed 3-2 at the break with goals from Paul Whiteley and Michael Cherry keeping them in the hunt.

The most exciting cup tie was at Ballacaloan where Ramsey edged out Michael 3-2.

After a goalless first half, Danny Foulis, Steven Cleator and Tom Skillicorn fired Ramsey through.