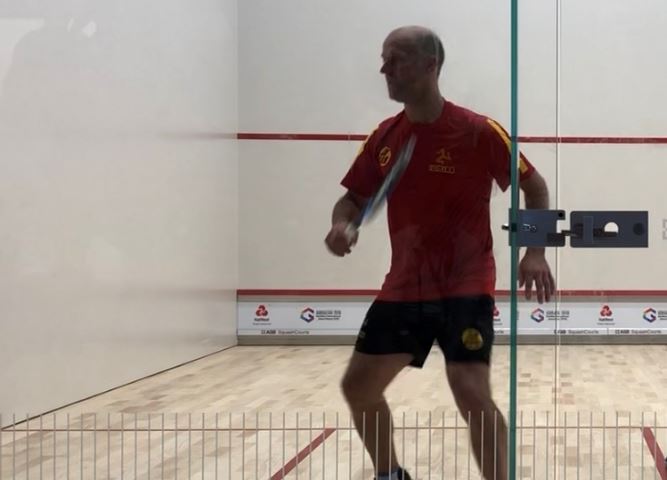 Dave Norman during the final

Squash player Dave Norman has won silver for the Isle of Man at the Island Games in Gibraltar, after facing a former professional in the final.

Cameron Stafford - who didn’t drop a single game all tournament - claimed the top prize for the Cayman Islands.

The odds were always stacked against the Manx number one, with his opponent the top ranked player and 16 years his junior.

It means the dominant force in Manx squash for the last two decades can now also boast the honour of being the first ever men’s individual medal-winner for the Isle of Man at the Games.

He spoke to Chris Cave after the final:

Team Manager Les Callow, who's also president of the Isle of Man Squash Rackets Association, is delighted with how Norman performed: