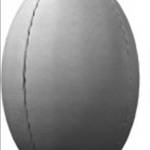 The ‘old firm’ of Manx rugby, Douglas and Vagabonds, will meet in the final of the BSM Manx Cup after successfully seeing off Ramsey and Southern Nomads respectively.

Douglas beat Ramsey 24-20 in a great game of cup rugby.

The match was finely balanced 9-3 to Douglas at half-time with Douglas’ Scott Goodall kicking three penalties to Ramsey’s Fintan Cummins’ one.

In the second half, Callum Carine and Rob Todd both crossed for Douglas tries as they took charge.

Cummins steadily added penalties at the other end and reduced the Douglas lead to 25-15 with five minutes to go. A late try from Ali Trace put Ramsey within touching distance but it was just too late.

In the other semi-final, Vagabonds made light work of Southern Nomads winning 48-5.

Nomads upped their game in the second half with Andy Lean crossing for their only score.

Two more tries from Kennaugh and one from Michael Oates ended the Nomads dream however.