Opening wins for Dunlop and Richardson 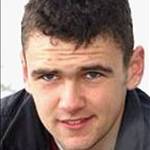 William Dunlop took victory in the opening race of the Manx Telecom Post TT at Billown.

He finished ahead of Castletown’s Chris Palmer with French debutant Steve Cervellin third in the 125cc event.

Meanwhile, Blackpool’s Roy Richardson took the honours in the 400cc class and dedicated his victory to New Zealander Paul Dobbs.

Dobbs, a winner of this event in previous years, had been due to ride again until his death two days ago after an accident at Ballagarey.

Ross Johnson was second home with Peter Simpson completing the line-up for the podium.

Dunlop admitted he was expecting a closer battle.