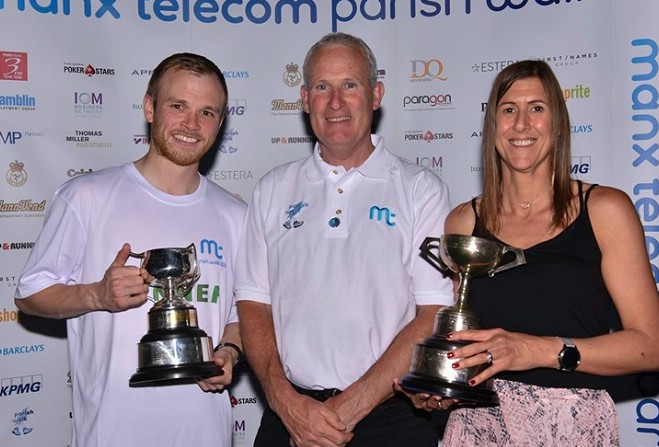 Hundreds attended the Villa Marina on Tuesday night to celebrate those who finished the 2019 Manx Telecom Parish Walk.

More than 1,300 started the event this year but just 158 were able to complete the full 85 miles, which took place in conditions of up to 18 degree heat.

Owen Dudley and Danielle Barton were the fastest in the Under-21 category as they registered the best times into Peel.

In the seniors, Liam Parker went on to claim his second Parish Walk crown with a time of 15 hours 44 minutes and six seconds.

He adds to his maiden victory which came two years ago in 2017.

Emma Shilling took the honours in the Ladies race in 17 hours 47 minutes and nine seconds, ahead of Karen Lawrie and last year's champion Bernie Johnson as they finished second and third respectively.

The two senior winners spoke to Manx Radio Sport after they were honoured at the special ceremony at the Villa Marina: