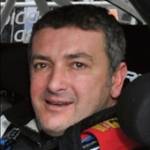 He led early in the day but then lost over a minute to Melvyn Evans after a puncture.

However, a few stages later, Evans was out and Bird took his second chance to hold off the challenge of Jason Pritchard and Phil Clarke.

Evans was trying to become the first driver in the history of the event to win for three straight years and equal Kenny McKinstry on five overall victories.

Bird has now chalked up three titles himself after also winning in 2009 and 2010.

The finish was very tight with Paul Bird going into the last stage 10.9 seconds ahead but Pritchard made a storming finish to reduce the gap as Chris Boyd described:-

Two great results for local crews amongst all the World Rally cars.