Peel win match of the day 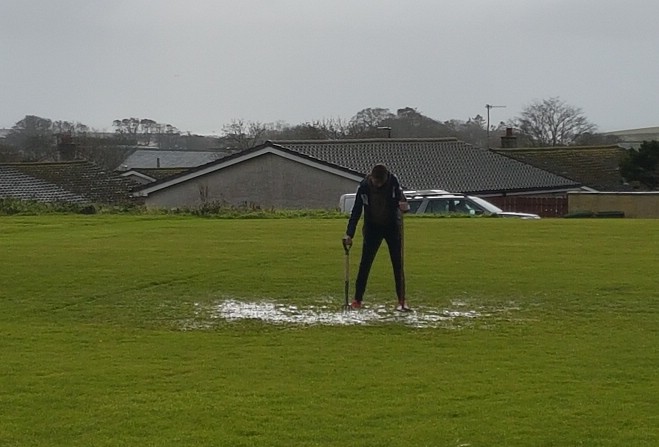 Canada Life Premier League leaders Corinthians suffered their first defeat of the season after Peel won the match of the day on Saturday.

In a game switched to the Bowl, the westerners recorded a 3-2 victory in the sole top flight game to survive the weather.

They made a great start.

Billy Kennaugh, promoted from combination duty where he has been prolific, proved his worth early on as he charged down a clearance to open the scoring.

Lee Gale doubled that lead after the home goalkeeper dropped the ball in the opening minute of the second half.

Stephen Whitley’s fine finish pulled one back for Corinthians but it wasn’t enough.

Two early goals from Chris Robinson sent Ramsey Youth Centre on their way to a thumping victory at Malew in JCK Division Two.

Robinson proved clinical in the third and fourth minutes and the match was all but over when Declan Cummins added a third – all this inside the opening 11 minutes!

Steven Grose completed a dominant half for the northerners with the fourth goal on the stroke of half-time.

Robinson secured the match-ball when he completed a hat-trick just past the hour mark before Andrew Cleator made it six and Robinson grabbed a seventh 13 minutes from time.

An eighth goal was quickly forthcoming from David Bayle and Kieran Krypner’s reply five minutes from time – a rebound from a penalty - was scant consolation to prevent Malew misery.

Castletown ended a recent run of poor results with a 4-1 home triumph over Ayre.