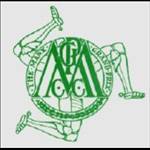 Roads around the Mountain Circuit are due to close at 11.30 this morning for Manx Grand Prix racing.

The programme was held over from yesterday [mon] because of the poor weather - a decision was made very early on that conditions were not going to improve enough to allow racing to go ahead.

So it's hoped the 350cc and 250cc Classic race over three laps will get away at 12.15pm, to be followed by the four-lap Junior Manx Grand Prix which is due to start at 2.45pm.

The course will open completely between 5pm and 6pm to allow motorists to get home.

Roads will then close again at 6pm for a one-lap practice session for all classes.

MGP Press Officer Simon Crellin says although Tuesday was not meant to be a race day, there isn't too much extra pressure when it comes to fitting everything in: