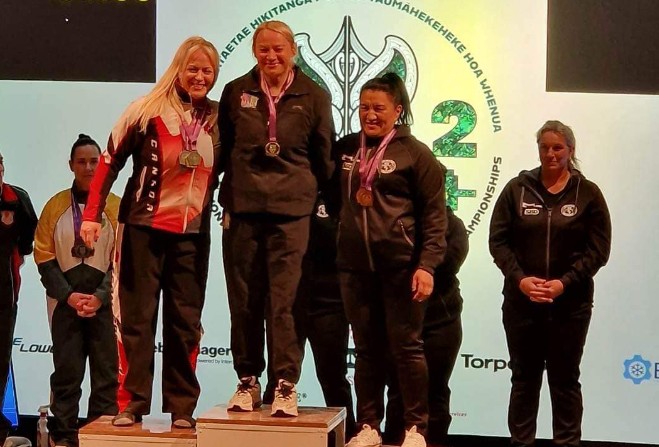 Manx Powerlifting will be returning to the Isle of Man with an impressive medal haul after competing for the first time at a major international competition.

Throughout last week, the association made its international powerlifting debut at the Commonwealth Powerlifting Championships in Auckland, New Zealand (28 November - 4 December).

The Island squad went on to collect 21 medals overall with eight gold, six silver and two bronze to bring back to Manx shores.

On day one, Teagan Lindsay and Issy Morris took first and second place in the 52kg sub junior class.

Sean Miller was also able to get some important team points on the board in the same day with a good display in the 74kg category.

Then in a busy Tuesday schedule (29 November), all seven Island athletes involved in the bench-only events took medals.

On the same day there were also big moments for Django Kinley and Lewis Runge as they took part in the 83kg and 93kg junior male full competitions.

The medal tally then grew the following day with Emma Morris and Kerry Lindsay taking a bronze medal each in the 57kg and 63kg categories respectively.

More gold was also to come on Thursday (1 December) as Lisa Grant took her second gold of the championships in the 84kg Masters 1 class.

The final day of competition for the Island squad came on Saturday (3 December) as Cye Maddocks took part in the 105kg open who finished with a positive final score of 495kg.

Manx Powerlifting says all the athletes involved in the championships can be 'super proud' of their achievements on their international debut.