Practice and racing beckons on day two of Southern 100 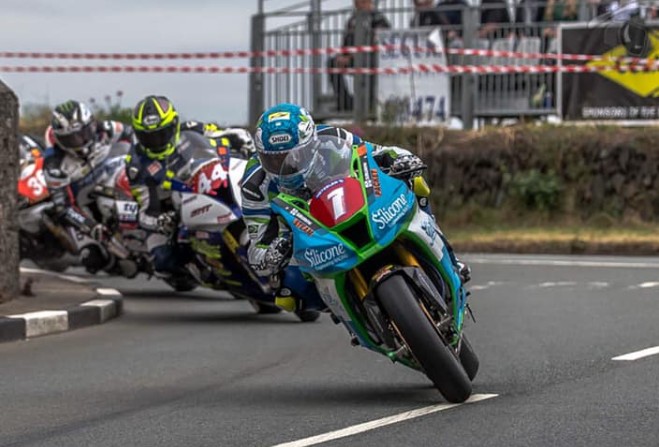 Coward and Harrison on pole for first two races

The first day of racing for the 2022 Southern 100 Road Races gets underway on the Billown Course tonight (12 July).

Tuesday's session will see a mix of both practice and the first two races of the meeting with roads around the circuit due to close at 6.05pm this evening.

First out will be solo non-qualifiers between 6.18pm and 6.30pm before the next practice runs for the Supersport 600's (white plates followed by yellow plates) from 6.37pm to 7.08pm.

The final practice of the night will then be the second sidecar session so far between 7.15pm and 7.32pm.

After that is the first race of this year's Southern 100 - the Mike Kerruish Plumbing + Heating Lightweight Race (250cc/750cc machines).

Jamie Coward will start on pole position with Rob Hodson and Paul Jordan joining him on the front row.

In behind them on row two in fourth, fifth and sixth respectively will be Jonathan Perry, Barry Furber and Rhys Hardisty.

The evening will then be rounded off with the Peel Holdings Senior Race involving the 1100cc machines.

Leading the second row in fourth is Manxman Dean Harrison who'll be alongside Davey Todd and Ryan Kneen in fifth and sixth respectively.

All timings for tonight's schedule remain approximate and are subject to any weather conditions.