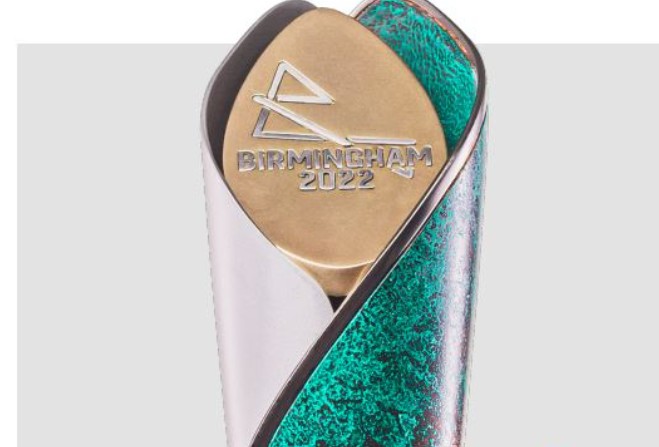 It's visiting 72 nations ahead of 2022 Commonwealth Games

The countdown has begun for the 2022 Commonwealth Games as one of its traditions arrived on the Isle of Man today.

The Queen's Baton Relay will make it's way around Manx shores until Friday (15-17 June).

The relay began at Buckingham Palace on 7 October, 2021, and is making it's way through all of the 72 Commonwealth nations, with the Isle of Man the 68th destination on its journey.

It's journey here began in Peel Harbour with Neil Kegg at the Viking Longboats followed by Bill Dale of Beach Buddies.

From there it will visit Castle Rushen, Port Erin, Douglas and Onchan before being greeted by the Chief Minister, Alf Cannan, at Legislative Buildings.

During a busy schedule on Thursday (16 June) the baton will start with a presentation at the NSC.

This will be followed by a relay around the NSC athletics track before Manxman Christian Varley takes it on it's way to Tynwald Hill where the baton will be presented to President of Tynwald, Laurence Skelly.

After further visits to Castletown, Port Erin and a return to the NSC the baton will then take centre-stage for the Isle of Man Commonwealth Games Association fundraising Gala Dinner at the Villa Marina in Douglas in the evening.

The final day of the baton relay on Island (17 June) will see it visit Centre 21 during the morning which will be attended by Lieutenant Governor, Sir John Lorimer.

The baton's Manx journey will then conclude with a visit to University College Isle of Man (UCM).

Following the Island visit, the baton will then head to Scotland, Northern Ireland and Wales before arriving in England 4 July.

The 2022 games in Birmingham are then due to take place from 28 July to 8 August.