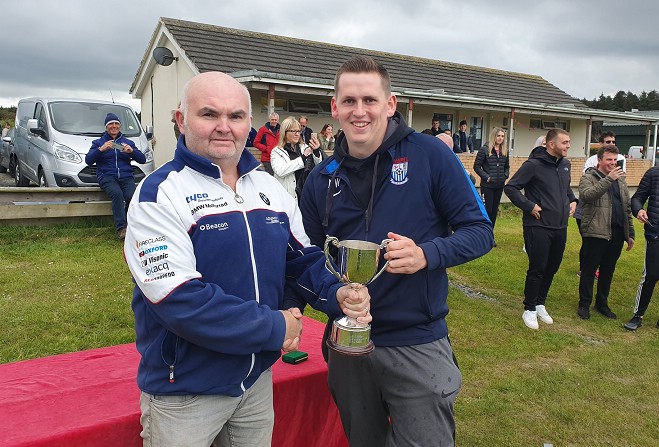 A 3-0 win away at Foxdale saw Ramsey clinch the JCK Division Two title and seal an immediate return to the Canada Life Premier League.

The northern outfit needed just a single point to secure promotion, but only a win was enough if they were to be crowned champions.

After a cagey start, Matthew Montgomery broke the deadlock five minutes before the interval as his close range header couldn't be kept out by the Foxdale defence.

Highly-rated Dylan Pickles netted his 23rd league goal of the season to double the advantage ten minutes after the re-start, and Andy Cleator's spot-kick put the match beyond all doubt.

It sparked wild celebrations at the full time whistle, as Ramsey ended a brief spell outside the top flight following relegation last season.

Maximum points from the match saw them leapfrog already-promoted Pulrose at the top of Division Two, edging out fierce rivals Ramsey Youth Centre into third place.

After the game, captain Nick White and goalkeeper Andy Perry - who re-signed for Ramsey from St Georges in the summer - told Manx Radio Sport the plan now is to establish themselves as a top tier club: