Record-breaking afternoon of racing at Billown 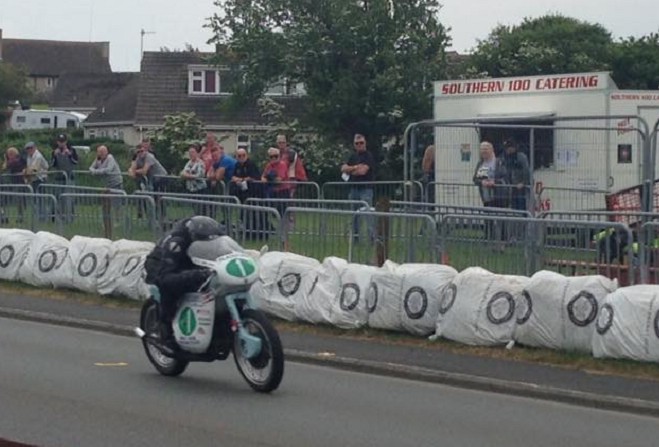 There was more fast and furious racing at the Colas Billown Circuit as the 2018 Blackford Finacial Services Pre-TT classic races continued today (27 May).

Lap records tumbled as riders took to the track for the afternoon session of racing.

Mike Hose cemented his place as the most successful rider in the event's history by adding another victory to his tally in the Quine and Cubbon Printers Lightweight Classic.

After a hard fought battle with Ewan Hamilton, which saw the two swap lead positions lap after lap, the Moreton man secured his 18th win at the event, 9.6 seconds ahead of Hamilton, with Jeff Ward taking third.

The Greystones LLC Senior Classic made for a thrilling duel between Alan Oversby and Dominic Herbertson, with the lead down to as little as 0.5 seconds at one stage.

But it was Herbertson who took the chequered flag at the end of lap eight, a quarter of a second ahead of Oversby.

At the halfway point Cowton had a comfortable 14 second lead, and not even a clutch problem on lap seven could give second-placed Ryan Kneen the advantage.

Cowton finished the race 22.5 seconds ahead of Kneen, with Dan Sayle completing the top three on the podium.

In Heat 2 of the Sidecars, Eddy Wright and Keiran Clarke set the pace with a new lap record of 87.6mph on lap two.

And, in a repeat of yesterday's result, the pair finished the race 14.7 seconds ahead of Keith Walters and Alun Thomas, with Tony Thirkell and Trevor Johnson third.

Darren Creer snatched a decisive victory in the Support Race, setting a new lap record of 90.755mph along the way.

He held the lead throughout, finishing 27 seconds ahead of his nearest rival Robert Mitchel-Hill.