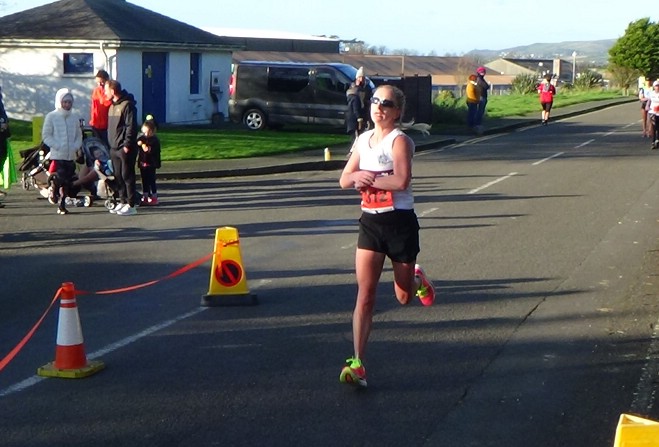 A record-breaking Syd Quirk Half Marathon happened on Sunday (22 Nov).

The total number of finishers across the run and the walk was a record 359 – with the previous highest being last year's 250.

The total number of finishers in the run was a record 313 – the previous highest was last year's 195.

The percentage of female competitors in total was 40.67% - the first time the figure has gone above 40%.

Subject to ratification there were six IOM Half Marathon age group records set in the run:

Alan Corlett’s time of 1 hour 7 minutes 36 seconds was the second fastest ever run on the course, 43 seconds outside Steve Kelly’s 1978 record time.

Will Draper’s time of 1:10:01 is the fourth fastest time on the course, and makes him the third fastest athlete behind Steve and Alan. Alan’s winning time was precisely five minutes faster than Orran Smith’s winning time last year.

Sarah Webster’s time beat the previous women’s course record set by Brenda Walker in 1992 by 37 seconds. It was Sarah’s fourth win in the event, putting her level with Gail Griffiths and Jackie Lee/Taggart, and one behind Anne Gomer. Sarah’s four Syd Quirk races have seen her setting four of the six fastest times in the women’s race in the history of the event.

Keira Heavey became only the second junior athlete ever to win a race at the Syd Quirk – Alex Eaton was the first when he won the men’s walk in 2012. Keira’s time makes her the eighth fastest female walker in the history of the event.

The two entries above show the tremendous quality and strength in depth we saw on Sunday. There are quite a number of reasons for this. Firstly, there is no opportunity at present to go away to race, so we are seeing most of the top athletes competing locally. Also, the weather conditions were very good – although we have generally been fairly lucky at the Syd Quirk in recent years.

However, the biggest reason for the high standards we are seeing is the sheer popularity of running as a sport, and the commitment of so many to become the best athletes they can be - whatever level that may be. Long may it continue!