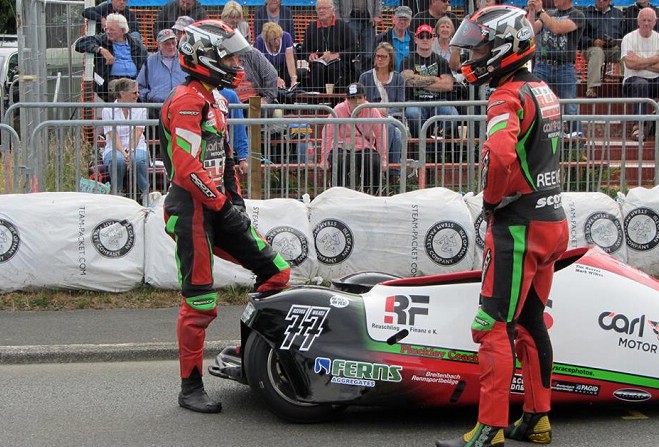 There's been some fast and furious action at the Southern 100 this afternoon.

Dean Harrison won the Solo Championship Race for the second year in a row, ahead of Ivan Lintin (second) and newcomer Davey Todd (third).

Harrison told Chris Kinley he was delighted to do it again: (play audio)

But Tim Reeves and Mark Wilkes were the ones celebrating at the end, as they took their second race win of the day by a comfortable margin.

Holden and Cain were second, with Peter Founds and Jevan Walmsley third.

Earlier in the afternoon, the six-lap 250/650cc race was won by Adam McLean, his first Southern 100 victory.