On Air Carnaby Street Chris Williams | 8:30am - 10:30am
Napoleon Xiv - They're Coming To Take Me Away Ha Ha Download 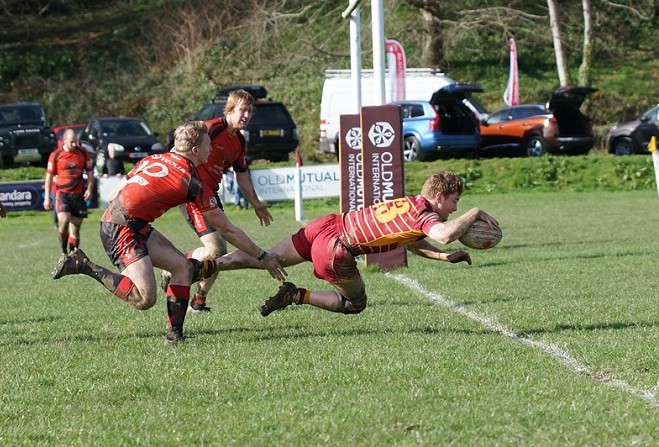 Isle of Man Rugby is in the process of restarting following the Covid halt back in March. The season will get underway properly on 3 October, however in the run up to the restart a series of “kickstart” events are happening around the Island.

The kickstart events began on Peel Beach three weeks ago. The tour then moved to Castletown a week later and were in Ramsey last week. This weekend the show moves to Southern Nomads’ new ground at Ballakilley, The Field of Dreams.

The action this Saturday (12) begins with an U16 game between Southern Nomads and Ramsey at 12.30pm followed by some regional rugby.

For the regional games the Island had been divided into four sections, North, South, East and West. Players are assigned to each area based on where they live rather than where their club is and this should produce some interesting match ups.

The Eastern team, which includes the Douglas area, is likely to be the strongest, but the other regions will be giving it a go.

The regional format worked very well in the New Zealand professional game last Saturday and it will be nice to see how a similar process pans out here in the grass roots amateur game.

Ramsey and Vagabonds were destined for local competition before Covid struck, after their North western leagues disintegrated in early March. Subsequently Covid halted the remaining two Manx sides, Douglas, and Vagabonds Ladies, and this was quickly followed by the RFU cutting the travel budget which has left Douglas and the Ladies somewhat stranded. To try and salvage something for everyone, the Manx Executive Committee set up a strategic group to look at senior fixtures and these two competitions are the work of the new group.

The Manx Trophy will feature Douglas, Ramsey, Southern Nomads, Vagabonds, and Douglas Celts and will be played as a mini-league on a first past the post basis. Douglas, given their lofty position in level 6 of the English Clubs Championship, look set to dominate the competition, however to make the games meaningful for everyone, it seems likely they'll be shuffling their squad. The Celts were of course fairly dominant last season in any case and assuming little or no player migration, they'll be right there in the mix too.

The Manx Bowl fixtures are still being finalised at the time of writing, but the competition itself will feature, Castletown, Emerging Nomads, Ramsey B, Vagabonds Hornets, Western Vikings and rather uniquely, Vagabonds Ladies. With the Ladies being stuck out on a limb, the Isle of Man Clubs have agreed to allow them to join the Bowl competition. While the exact rules of play are yet to be determined, games involving the Ladies will be on a non-contact basis.

Both Douglas and Vagabonds Ladies continue to monitor RFU guidelines for returning to rugby in England. This will give them their best indications as to when league matches may restart and at that stage both will need to determine whether they can afford to compete. It seems increasingly likely that this could be as late as after Christmas and these two domestic competition are designed to run until 12 December which will provide a natural break if League matches are to continue.