On Air Early Breakfast Chris Williams | 5:00am - 7:30am
Chairman Of The Board - (You've Got Me) Dangling On A String Download 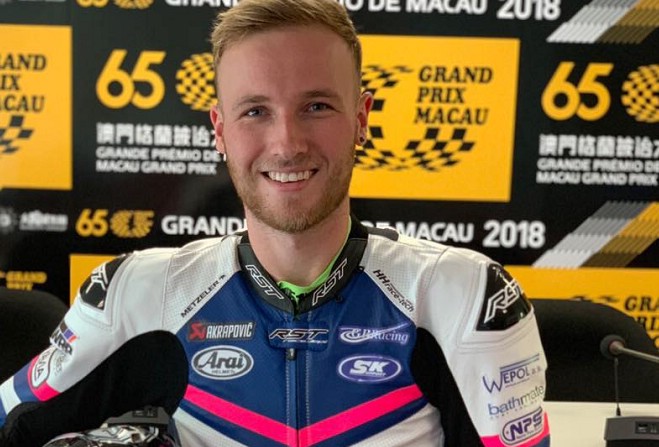 One of the rising stars of motorsport says there's plenty more to come after an excellent first showing at the TT in 2018.

Davey Todd's stock has risen considerably over the last 12 months as he became the second fastest newcomer around the Mountain Course, lapping at 128.051mph.

With only Peter Hickman posting a quicker lap as a debutant, Todd is confident he can continue to impress on the Isle of Man.

The 23-year-old spoke to Manx Radio Sport about his ambition to become a champion around what he calls 'the best circuit in the world.'

When reflecting on the whirlwind that was last year, the North Yorkshire rider says he achieved much more than he dreamed of.

"We had a crazy, unbelievable first year at the TT. I never expected anything like it and it way surpassed any expectation I had," he revealed.

Todd's target now is to replicate those stunning performances from one year ago as he aims to do even better this time around.

A tough challenge, but one he is relishing.

"It's not bad to say the only person who's topped you is the fastest man in the world, so I'll take that - for now!"

That shows the aspiration of the Penz13.com and Norton man, who is setting the bar high whilst trying not to get carried away.

"If we can be one step behind [Hickman] this year we won't be doing too bad. In the same breath, we're still trying to beat the guy. But that's going to take some beating.

"The team I had last year, Burrows Engineering, they kept me really well grounded, even though things went way beyond what we expected.

"You can't get ahead of yourself in this game. There's quite a lot at stake so they kept me really grounded and I've remembered a lot of what the whole team have taught me."

Setting fast lap times and being tipped for success only increase what are already immense pressures the riders place on themselves.

Todd is no different in that regard, and now has the job of finding the balance between starry-eyed hopes and realistic goals.

"I'm not trying to put too much weight on my shoulders. I know what I'm capable of. We did what we did last year and I know I'm capable of a lot more than that.

"I've got the tools to do it and there's no reason why we just can't keep improving and see where we end up."

Having ridden to numerous victories in the Superstock class in his fledgling career to date, it's no surprise Todd views his best chance of success on the big bikes.

However, with many big names also competing to top the podium, he accepts it will come down to what happens on the day.

"All I can do is go out and put the work in beforehand and get to the event and do as well as I can do."

Evidence of the hard work he references has been visible when watching him soar around the TT course.

It's not beyond the realms of possibility that Todd could be knocking on the door of a top three finish on his BMW when May comes around.

Should that be the case, it would certainly make those who aren't already aware of his great strides in the sport sit up and take notice.