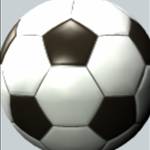 Douglas Royal caused the surprise of the Paddy Power FA Cup preliminary round.

The Second Division side won 4-3 at top flight Union Mills.

Most of the damage was done in the opening half as Royal stunned the hosts to race into a 3-0 lead.

Although Mills fought back through Carl Dobbin, Kyle Uren and an own goal, it wasn’t enough.

Prolific marksman Steven Priestnal started 2013 as he finished 2012 as St Mary’s saw off St John’s in the FA Cup on Saturday.

Priestnal’s double fired the Saints to a 2-1 win at the Bowl and a second win against St John’s in three weeks.

Nick Hurt had scored from the penalty spot to put the westerners ahead.

Holders St George’s turned on the style to demolish Corinthians 9-0.

Ciaran McNulty and Frank Jones hat-tricks led the way with a Chris Bass double and a Julian Ringham strike adding to their tally.

Peel showed Braddan no mercy, hitting four goals in each half without reply.

The margin between Second Division and Premier League was even wider down south as Laxey won 11-0 at Malew.

Second Division leaders Michael were given a lesson as they were thrashed 10-1 at home by Ramsey.

Four goals from Michael Hernandez, a Martin Torr treble and goals from Jamie Arneil, Matthew Christian and an own goal ensured a rout.

Pete Fisher had earlier drawn Michael level at 1-1 but that was as close as they got to their opponents.

A first half double from Martin Charker fired Castletown to a 2-1 success over Marown.

Niall Quayle pulled one back but there was no repeat of their league success over Town.

An 87th minute goal from Graham Kennish earned Ramsey Youth Centre a place in the first round at Onchan’s expense.

After a goalless first half, Rob Morton opened the scoring from the spot.

Goals from Barry English, Kenny Cowin and Ben Cowin also booked Pulrose their place in a 3-1 victory over Ronaldsway, for whom Liam Crawley replied.