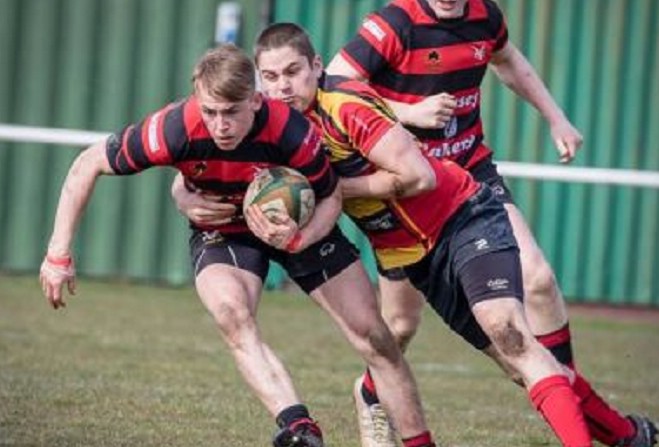 Sixteen travelling to Pocklington this weekend

The Isle of Man Under-18s rugby 7s side are travelling to the UK this weekend for their first taste of competition.

The squad has only been training together since October, but their coaches are confident of impressing when the team makes its debut at the Pocklington 10s in Yorkshire.

It's a tournament containing some of the biggest rugby-playing schools in the north of England.

Sixteen players will travel as part of the Isle of Man team, including Luca Simmons and Adam Gregg of Douglas.

Opponents for the Manx side on Saturday will include Durham and Bradford Grammar.

The latter boast a professional set-up for its senior players which includes the weekly visit of a physiotherapist and strong links to RFU Championship outfit Yorkshire Carnegie.

That is not of concern for the Island's Rugby Development Officer Chris Brannigan, though, who believes his players have prepared themselves in just the right way.

"The lads have been spot on. Even from when we first met up in October, their minds have been on it and I think they recognise the opportunity.

"They're taking it very seriously and hopefully they'll take that opportunity with both hands on Saturday."

Despite having no previous form to go on, Brannigan may be justified in his optimism and positivity.

Included in the squad is Ramsey's Harri Radford, who scored two tries in the Lancs/Cheshrie 3 leaders top of the table clash against Oldershaw a week ago.

Django Kinley of Southern Nomads is also travelling, and he's been impressing for both club and school this season - having scored in Castle Rushen's win away at Wirral Grammar in September last year.

With such experience and form included in the squad, it's no wonder joint-coach George Blackwell is keen to see the team in competitive action.

"The commitment has been great from all the boys and we're all really looking forward to having a run-out this weekend," says Blackwell.

This weekend will be used as a measuring stick as to exactly what standard the Isle of Man is at.

Brannigan is confident this group of players have both belief and ability, but isn't putting pressure on the squad to deliver in their maiden tournament.

"We're not going to expect them to go out and win these competitions we're entering. It's year one, we've got to be grounded.

"I think we just want go out there and be ambassadors of Manx rugby and be competitive, which I absolutely have no questions we will be."

There are other competitive matches around the corner for the Isle of Man team, such as the North of England School 7s and the Rosslyn Park 7s.

With that in mind, Brannigan thinks this weekend is the perfect chance to lay down a marker.

"If we can sneak a couple of wins against some big schools it'll make people take a little bit more notice of Manx rugby."