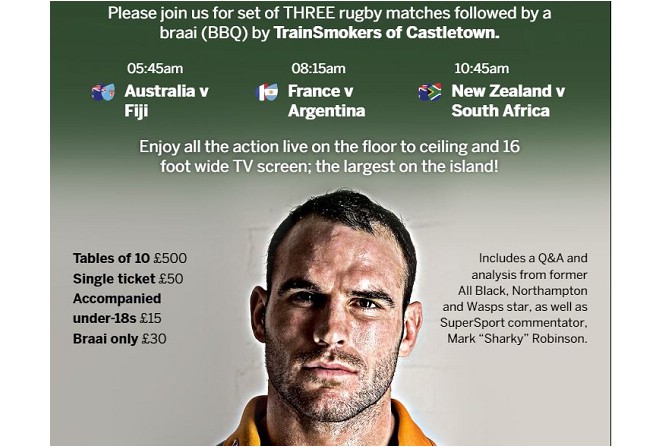 Rugby union fans have the chance to watch World Cup matches with the benefit of a former All Black's expertise and inside knowledge on Saturday.

Mark 'Sharky' Robinson, who calls the Isle of Man home these days, is going to be on hand at a fundraising event at the Comis Hotel which will take in three ties.

There's also a braai - a South African barbecue - on offer.

It's an early start, with the first match kicking off at 5.45am, when Australia take on Fiji, followed by France versus Argentina and South Africa against New Zealand.

Mark says the third of those is a huge game which both sides will be desperate to win, and could even be a dress rehearsal for the final:

Mark has been giving his thoughts on the contenders for the crown to John Moss: