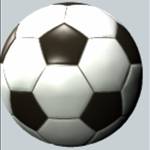 They avenged Easter Monday’s FA Cup Final defeat by St George’s with a resounding 4-0 victory over the reigning champions in the Sure Mobile Premier League.

Goals from Josh Kelly, captain Paul Jones, Jack Saxon and an own goal sealed an emphatic win to maintain their lead at the top of the table.

Laxey still have realistic hopes of their own after they saw off Gymns 4-1, courtesy of goals from Chris Brown (two), Lee Cowley and Fraser Vaughan which keeps the Miners well clear in second.

St Mary’s won by the same scoreline at Castletown to keep alive their outside hopes.

A Liam Cowin hat-trick and a Steve Priestnal goal did the damage - all this after a goalless first half.

Mike Edge netted for Town from the penalty spot who finished the match with nine men due to injuries after they had used all their substitutes.

Peel’s faint title hopes are all but over after they were held to a 3-3 draw at Old Boys.

However, the westerners fought back well, twice coming from behind to earn a point.

Johnny Myers, Kevin Megson and Lee Gale were on target after Peel trailed 2-0 at 3-2.

Dean France, Gary Quirk and Callum Stewart found the net for the home side.

A three goal first half salvo settled the crucial western derby at Mullen-e-Cloie.

Michael’s Kieron Quinn, Nick Hurt and Mike Hammond won the match in the opening 45 minutes to lift them above St John’s and out of the relegation zone.

Mark Wolfenden pulled one back in a much improved second half showing but St John’s are facing an instant return to Division Two.

In the remaining match, goals from Jonathan Leece (two) and John Roberts fired Ramsey to a good 3-0 win at Corinthians.