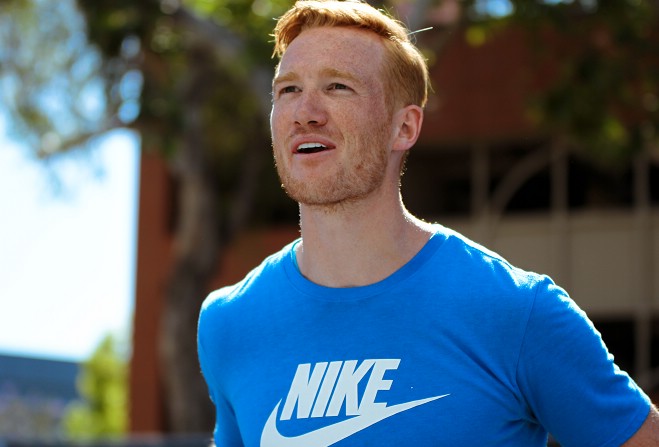 This year's Isle of Man Sports Awards will feature an Olympic gold medallist as its guest of honour.

Long jump champion Greg Rutherford MBE will be present at the annual celebration of Manx sport.

Rutherford solidified his place in the history books after battling injuries and adversity to take gold on what has been named 'Super Saturday' at the 2012 London Olympics.

Known as Britain's most successful long jumper, he became the first to hold all available outdoor titles including Commonwealth, World and Diamond League.

The 32-year-old was awarded an MBE in the 2013 New Year Honours for services to athletics and was last year given the European Athletics Lifetime Achievement Award.

A promising start to his career saw him become the youngest ever winner of the long jump event at the 2005 AAA Championships, aged just 18; the Buckinghamshire born athlete made his biggest breakthrough in 2012.

Joining the likes of Jessica Ennis and Mo Farah, Rutherford was on top of the podium in what was branded Team GB's golden day at the Olympic Games.

After persistent injuries, he announced his retirement from the sport in June 2018, saying he was very content with everything he had achieved and that it was the right time to move on.

The Isle of Man Sports Awards take place on Thursday, 4 April at the Villa Marina.

Nominations for the awards close on 31 January.

Submissions can be done via email or post - forms are available on the Isle of Man Sports Awards Facebook page or by visiting www.isleofmansport.com.