Saints meet Corinthians in massive match at the top 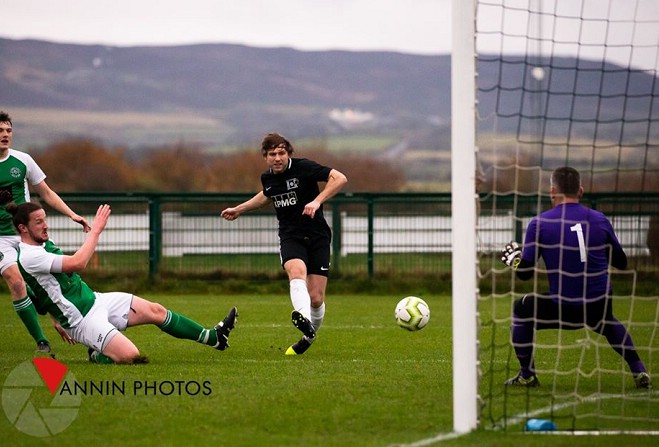 The Canada Life Premier League's form side Corinthians can move to within a point of leaders St Marys if they can beat the current table toppers this weekend.

They travel to The Bowl having won six consecutive matches following an opening day defeat to St Georges.

Other teams in contention for a Railway Cup spot have all been put to the sword by The Whites, with Rushen, Peel and Laxey all defeated in Corinthians' last three outings.

It means Saturday's showdown with The Saints is set up nicely, with Marys heading into the match off the back of a 5-0 away victory at Douglas Athletic.

The reigning champions have had mixed results against their fellow title contenders so far this term.

Alex Harrison's men sealed comfortable victories over Peel and Laxey, however, they were beaten 2-0 by Rushen and held to a 4-4 draw by St Georges two weeks ago.

This weekend will prove to be a crucial yardstick for both sides who harbour ambitions of lifting the title at the end of the season.

Three points for St Marys will likely keep them top due to their vastly superior goal difference.

A win for Corinthians would put them within touching distance of their opponents, and - should Rushen suffer a shock defeat at home to Ramsey - a point off the summit.

Meanwhile, Laxey will be hoping to bounce back with maximum points when they host bottom side Pulrose.

St Georges currently sit outside of the Railway Cup places on goal difference, and could move above The Miners if they inflict a heavy defeat on Douglas Athletic.

In the day's other top flight matches, Peel take on Old Boys at Douglas Road looking to make it back-to-back victories, and Marown travel to Douglas Royal as both teams aim to move further away from the drop zone.