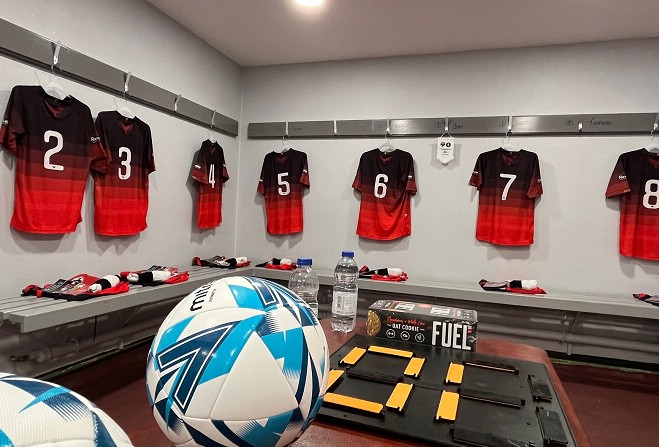 Ravens fall short in last game of the year

FC Isle of Man suffered their first home defeat of the season as they lost 5-3 to Sandbach United at The Bowl last night (18 December).

The visitors took the lead after 13 minutes as Sandbach striker Robbie Hatton stroked home into an empty net after a defensive mishap between Ravens Ryan Burns and Dean Kearns.

The Cheshire side then doubled their lead 16 minutes later when Brian Barton converted from the penalty spot after Hatton was brought down in the FC IOM box.

But the Manx side got themselves back into the game six minutes before half time when Michael Williams chased down the Sandbach defence and latched onto a loose ball before rounding the Sandbach goalkeeper, Danny Hamlett, and passing into an open goal.

The visitors led 2-1 at half time but restored their two-goal advantage less than 10 minutes into the second period.

Sandbach's Barton got his second of the game - once again from the penalty spot - following a poor challenge from Ravens defender Ryan Burns to put the away team 3-1 up.

It then got worse for the Island side when Sandbach grabbed a superb fourth goal - courtesy of an exquisite strike on 60 minutes - from Stanley Tatters with a low half-volley past Dean Kearns from around 25 yards.

With the game slipping away from the Ravens the home side did reduce the deficit again to 4-2 when Sean Doyle poked home from six yards out from a low Charlie Higgins cross with 14 minutes left on the clock.

But just two minutes later Sandbach claimed back their three-goal cushion when an extraordinary effort from Niall Cope on the right touch line around 35 yards out caught Kearns off guard - Cope's shot flying over Kearns into the top corner to make it 5-2 to the travelling side.

Whilst Sandbach saw themselves through to the end FC Isle of Man did manage to grab a third consolation goal when Williams got his second of the match in the 94th minute from close range following some pinball in the Sandbach six-yard box to make it 5-3.

FC Isle of Man's next game will be against New Mills at The Bowl on Monday, 3 January at 12.30pm.

Man of the Match: Michael Williams (FC Isle of Man)