On Air Night Flight | Midnight - 6:00am
The Beatles - And Your Bird Can Sing Download 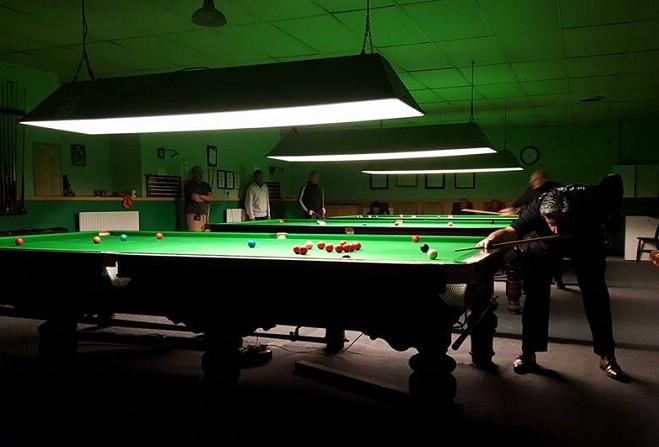 Sean Corkish has continued his scintillating form this season with another tournament victory, this time in the Joe Davis handicap knockout.

23 players entered the one-day competition, which was held at Sean's home venue at St Olaves in Ramsey yesterday (Sun 7th).

He beat teammate and tournament sponsor Paul Smyth 2-1 in a closely-fought final, just a few weeks after beating Darryl Hill to win the 2017 Champion of Champions competition.

Sean's route to the final was far from straight forward, though - he beat Geoff Hall 2-1 in the preliminary round with a break of 32, before another deciding-frame win over Benito Mungiovi, this time with breaks of 48 and 40.

Sean faced yet another final frame decider against Chris Dagnall in the quarter-finals, who had just pieced together a break of 44 en route to beating Matthew Dodd 2-0.

Sean won this time by the tightest of margins, with a scoreline of 63 points to 62.

In the semi-finals he played the best snooker of the day, with breaks of 50, 50, 49 and 49 on the way to a 2-0 victory over Calum Gardner, who is also having an excellent season.

Paul Smyth will feel aggrieved to have come so close to his first major title, having lost the first frame of the final on the pink.

He won the second comfortably and was 48-0 ahead in the decider, scoring well with breaks of 29 and 22.

But Sean clawed his way back into the match and had several breaks in the twenties of his own to start 2018 as he finished the previous year.

The 2016 Isle of Man Champion will have high hopes of continued success in the coming months.