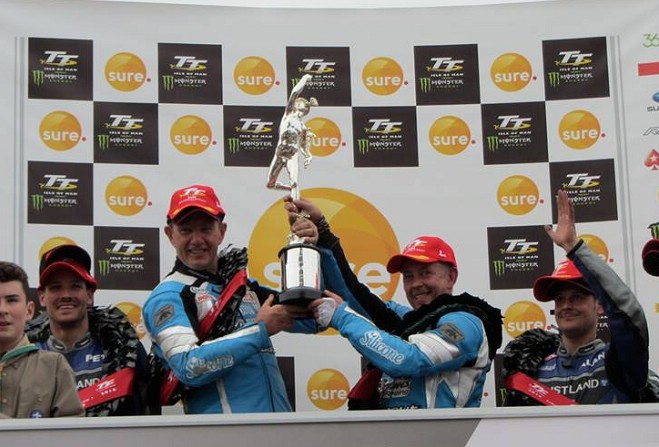 After a restart, following an incident at Rhencullen, John Holden and Andy Winkle took their second TT win in Saturday afternoon's Sure Sidecar 1 race.

That was only after long-time leaders the Birchall brothers dropped out on the last lap.

Tim Reeves and Pat Farrance had also dropped out.

Before the race even started, Dave Molyneaux said he would not be taking part due to technical issues with the Honda.

Second in the race was Peter Founds and Jevan Warmsley, from his brother Alan Founds and Aki Aalto in third.

Before they dropped out, the Birchalls broke the lap record: