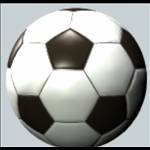 There was semi-final heartbreak for the Isle of Man as they lost a dramatic penalty shoot-out in the English FA National League Systems Cup to relinquish their grip on the trophy.

Midlands Combination triumphed 4-1 on spot kicks following a 1-1 draw at the Bowl after extra-time.

The Island trailed at the break through a Dan Pilgrim goal before Callum Morrissey equalised after the break.

The hosts pushed for the winner in normal and extra-time but were unable to claim a winner against a dogged Midlands side who went on to win the shoot-out.