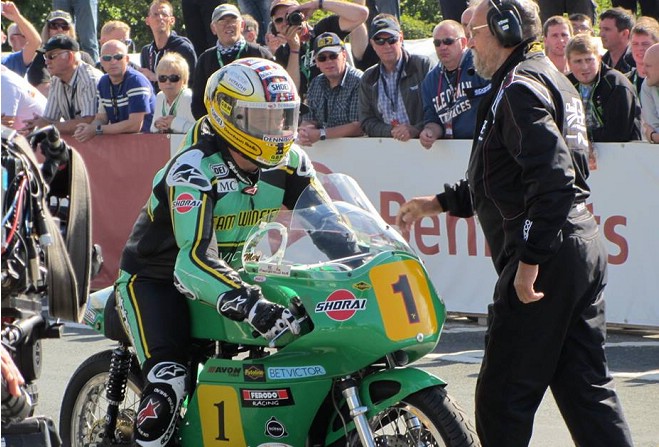 A blistering Senior Classic TT has been won by John McGuinness.

The lap record fell three times - John McGuinness and Dean Harrison both broke it on the opening lap from a standing start, with Harrison setting the new mark.

McGuinness then took it to over 113mph on the second lap, snatching the lead from Harrison in the process, who chose to pit after that.

McGuinness left it another lap, extending his five-second advantage to 48 seconds.

A quick pit stop at the end of lap three enabled him to retain the lead comfortably, leaving him 28 seconds ahead of Harrison.

That was a third Mountain Course podium for her but her first at the Classic TT.

Speaking to Manx Radio TT afterwards, McGuinness was delighted with the win: