Seven out of seven for Michael 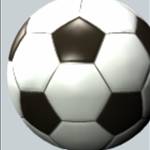 They maintained their 100 per cent record after a 3-0 win at Onchan – Paul Corlett (two) and Danny Chalk grabbed the goals.

Both sides finished the match with 10 men.

Bottom club Ronaldsway produced the result of the day as they held second place Colby to a goalless draw.

Ayre United reduced the gap on them to a point but were given a scare by Douglas and District before emerging 2-1 winners – Phil Quayle and Mark Caine the marksmen for the Tangerines.

Ramsey Youth Centre slipped down the table after being held 1-1 at Malew - Robert Bell and Matthew Boyde the respective scorers.

Foxdale took advantage by winning 4-1 at Pulrose, for whom Barry English found the net.

Micky Cork (two), Liam Cannon and Matty Venables were the scorers for the westerners.