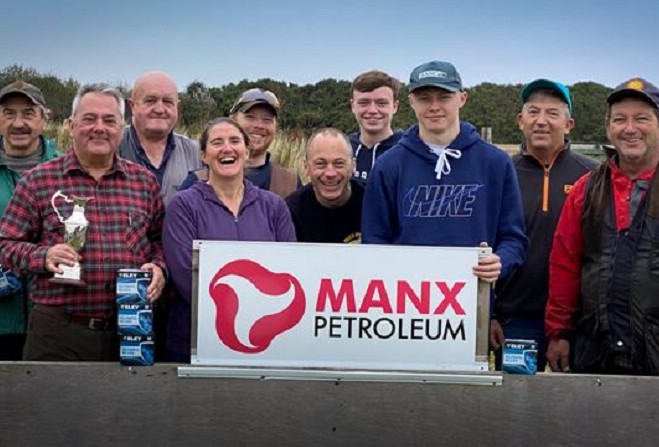 The leader after the English skeet was Paul Mihailovits with 23 points with Dave Corlett,Jeff Corkill and Peter Kelly next on 22.

The next discipline was Manx Skeet and we had a new leader in John Moore on 44 with Paul Mihailovits and Dave Corlett next on 43.

Skeet doubles was the next form of skeet shooting to be held and John Moore was still in the lead on 69 closely followed by Paul Mihailovits in second place on 68 with Dave Corlett next on 66 in third place.

The last skeet discipline was Olympic skeet and this sorts normally sorts the men from the boys and it didn't disappoint. Nicky Barnett took C class on 58 points.

In B class junior Joe Faragher was third on 71 with another junior David Cowin in second place on 77 and in first place in B class was Peter Kelly on 79.

There was a tie for second place in A class between Mark Barnett and Dave Corlett on 83 with the third round leader John Moore taking A class with 84 having scoring only 15 points in the Olympic skeet which left Paul Mihailovits to take the Skeet Medley championship with 87 points.

This week is the Meary Veg Trap Medley over 75 targets sponsored by Creer & Kelly Ltd.
Duty officers this week are B Faragher & W Rand.