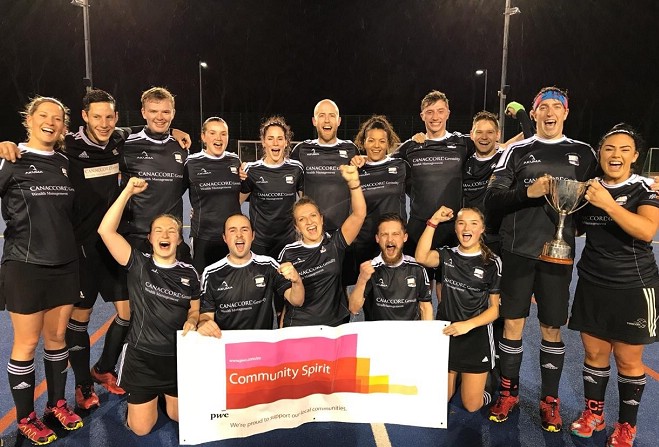 Vikings A had to come from behind to end a near 30-year wait for a top flight mixed hockey title after a 6-2 win over Ramsey A on Tuesday night (20 November).

Tom Wilson scored a hat-trick, with Kim Carney, Dani Coombes and John Verrall also on the scoresheet for the new champions.

It means they win the PwC Mixed Premier League on goal difference, pipping Bacchas A to the post to claim their first crown since the 1988/89 season.

A cagey first half saw Ramsey take the lead from a penalty corner, before a frantic 20 minute period where the title challengers scored five in quick succession.

At 5-1, the game looked dead and buried, but the northerners came out the blocks the quicker in the second half.

However, they squandered the chance to get back into the game as Vikings goalkeeper Sam Spooner kept out a penalty flick.

The Ramsey persistence soon paid off when they were rewarded with a second goal, seemingly sparking the Vikings players back into life.

Within two minutes, the four-goal advantage was restored as Verrall put the match beyond doubt with a rare strike from the top of the D, ensuring Vikings ended the season as league winners.

Just three goals separated the two sides at the top of the table after all fixtures played, with both Vikings A and Bacchas A inflicting the others' only league defeat of the season.