Six of the best for Geordies 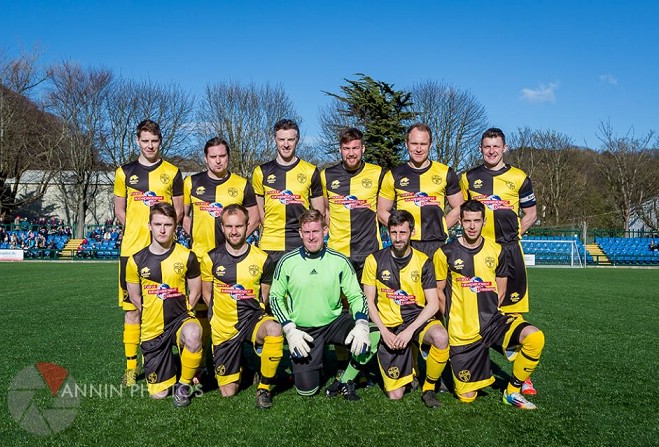 St. George's are Canada Life Premier League Champions for the sixth year in a row.

They won 8-2 at Ayre with captain Frank Jones leading from the front with a hat-trick.

More history for Geordies as they have equalled the record of Peel from 1972 to 1977 and it's eleven titles in the past thirteen years.

Runners-up Peel were held to a 4-all by Corinthians at Douglas Road.

Marown have been relegated from the top flight after a 3-0 loss to fellow strugglers Ramsey who are safe.

Elsewhere, Laxey had an impressive 4-1 victory over Hospital Cup finalists Old Boys and Rushen finished their campaign in style with a 7-0 success over relegated Ramsey Youth Centre.

Colby are back in the driving seat for promotion from Division Two after Castletown missed the chance to seal second place.

Castletown were held to a 1-1 draw at southern rivals Malew and let a golden chance slip by in injury time when they missed a penalty which would have seen them going up.

Colby can gain promotion if they win at Douglas Royal on Saturday.

Champions Douglas Athletic beat Douglas Royal 5-3 and are two games away from an unbeaten league season.

Braddan kept alive their slim promotion hopes with a 6-2 win over Foxdale.