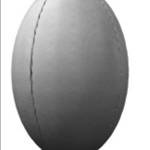 PDMS Nomads added the Shimmin Wilson Manx Trophy to their haul for the season with a comprehensive 43-16 win against Douglas B.

Andy Lean and Ian Hargreaves crossed for tries in the first half with Duncan Miller and Dave Caldwell adding a conversion and penalty respectively.

Douglas stayed in touch, thanks to a try from James Lidget and two penalties and a conversion from Adam Howarth.

In the second half, however, Nomads ran away with it.

Harry Brereton grabbed a hat-trick of tries and Lean bagged his second to send the Trophy south.