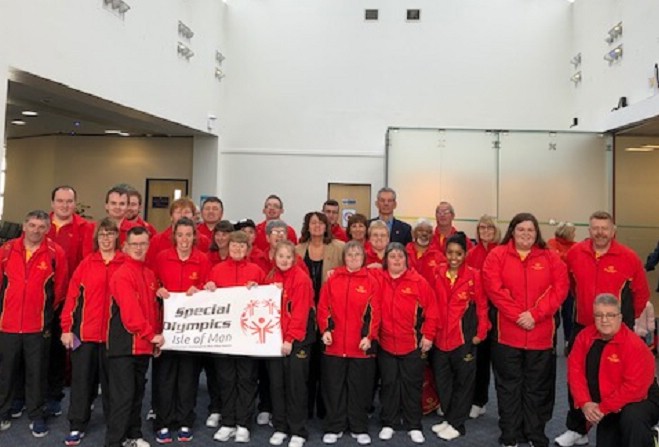 The Isle of Man Special Olympics team has begun its journey to the World Summer Games in Abu Dhabi.

The event gets underway on 14 March with more than 7,000 athletes from around the globe competing.

Twenty-four different sports are being contested with 170 nations taking part in what is the world's largest multi-sport event for people with intellectual disabilities.

Badminton, cycling and ten pin bowling are among the sports which will feature Manx representation in the Middle East.

Seventeen athletes from the Island are vying to become world champions and get among the medals in Abu Dhabi.

Well-wishers, friends and family greeted the Manx athletes at Isle of Man Airport on Thursday morning ahead of the quadrennial Games.

Chris Cave spoke to some of them at Ronaldsway shortly before they departed: