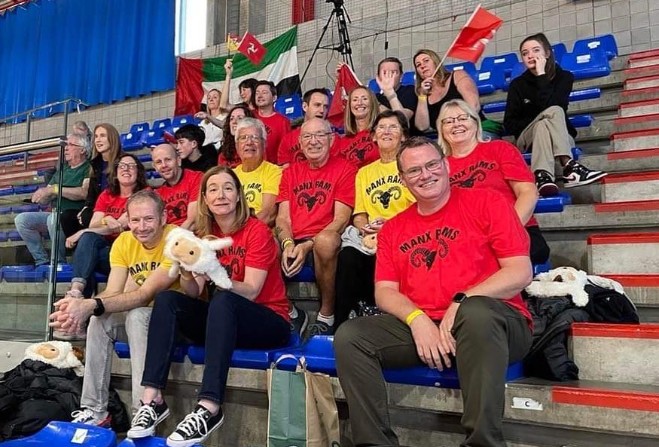 The Manx Rams have claimed bronze in the U17 Europe Netball Challenge.

The Isle of Man started their tournament strong with a dominating win over Switzerland, which finished 59-23.

Day two was a double game day for the Rams against their toughest competitors of the competition.

First up was the UAE who took control from the first centre pass.

Despite brilliant performances from every one of the Manx players on court, including some outstanding intercepts and turnovers from GK Holly Charmer and GD Kenzie Pizzey, the UAE proved themselves to be too strong for the Rams on the day.

The final score: IOM 36 - 76 UAE and it was the UAE who went on to be crowned champions of the tournament.

Game 2 of the day was another tough one against the Republic of Ireland.

The Rams came out fighting, taking a very quick 5 goal lead, however Ireland remained calm and brought the game back level before the end of the first quarter.

From then, the game was practically goal-for-goal until the dying minutes of the last quarter.

The Manx Rams shooting circle was strong in every game of the tournament with all four of the Manx shooters showing confidence and consistency, in this case against ROI, Sarah Long and Georgie Harding shot accurately from start to finish.

Unfortunately, a couple of errors in the last quarter lead to Ireland getting the upper hand moments before the clock ran out, meaning they clinched the win by just 1 point.

Picking their heads up, the Rams blitzed into the third and final day of the tournament on a mission to win their last game against hosts Gibraltar.

The Rams took control from the off, showing flair and confidence in attack and smothering through-court defence leading to numerous turnovers from WD Mairi Harrison.

The cherry on top saw Player of the Tournament awarded to Rams co-captain and GD MacKenzie Pizzey.

You can watch all the matches back on the Europe Netball YouTube channel.