St George's are the champions - again! 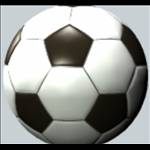 The Geordies clinched their fourth league title in just five years with a 1-0 win over Gymns on Saturday and in doing so became the inaugural winners of the Sure Mobile Premier League.

They left it late with an 88th minute header from Chris Bass junior finally winning the match and setting the celebrations in full swing.

Runners-up Peel continued their fine league season with a 3-0 home win against an under-strength Laxey side.

The westerners won comfortably thanks to an early goal from Juan Killip and further goals from Rob Cottier and Kerron Christian.

In CFS Division Two, Pulrose kept alive their promotion hopes with a 6-2 home win over Jurby.

A Richard Sharman hat-trick, a Dave Skillen double and a Michael Dawson goal secured the points at Groves Road.

Runaway champions Colby turned on the style to win the southern derby at Malew.

Two goals from the prolific Josh Kelly, one apiece from John Craine, Sam Looker and Michael Baker, plus an own goal, sealed a 6-0 win.

In the final game, Marown were 3-0 home winners over Ramsey Youth Centre.