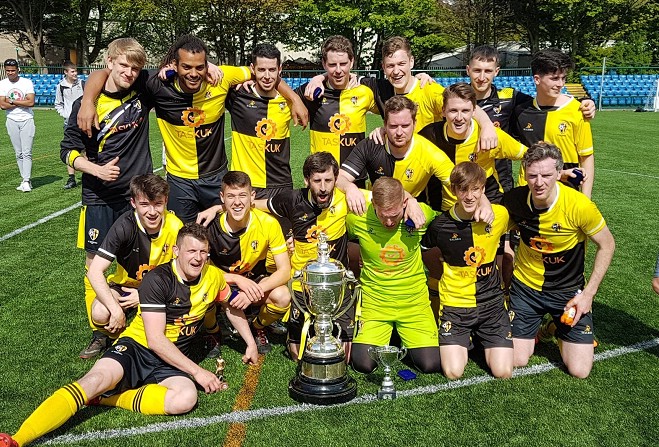 The sides couldn't be separated in the opening 45 minutes, but St George's broke the deadlock early in the second half.

Furo Davies, Ciaran McNulty and Lewis Bridson all found the back of the net shortly after the restart as the visitors opened up a commanding lead.

McNulty bagged his brace before Joey Morling completed the rout late on.

Ryan Kinrade made it three for the hosts before Josh Evans gave Old Boys faint hope of a comeback, but Dylan Pickles put the win beyond doubt with a penalty, although Robbie Ward was also on target from the spot in stoppage time.

An Antony Corkill header proved to be enough for Foxdale, giving them a 1-0 win over Marown as another top flight side was knocked out by a division two team.

The visitors continued to look the more likely in the second half but were unable to add to their lead.